FLAG AND COAT OF ARMS

The emblem of the Haitian Nation shall be a flag with the following description:

A) Two (2) equal-sized horizontal bands: a blue one on top and a red one underneath;

B) The coat of arms of the Republic shall be placed in the center on a white square;

C) The coat of arms of the Republic are: a Palmette surmounted by the liberty cap, and under the palms a trophy with the legend: In Union there is Strength (L’Union Fait la Force).

Since 1697 and the Treaty of Ryswick by which Spain formally recognized French control of the western third of the island, until February 1803, the French flag rules over the French colony of Saint-Domingue. In 1793, Toussaint Louverture, black leader, and precursor to Haiti’s independence, aligns with the French tri-colored flag. In 1801, Louverture is nominated governor of the entire island, and with the Constitution of July 8, 1801 becomes governor for life. In June 1802, Toussaint Louverture is captured by Napoléon Bonaparte and deported to, and jailed in France where he dies.

In Petite Rivière de l’Artibonite, Jean-Jacques Dessalines, chief of the black rebels, and Alexandre Pétion, leader of the mulattos, decide in February 1803 to stop fighting alongside the French. During the Arcahaie Congress, Dessalines, on May 18, 1803, removes the white band from the French flag – which was used in Haiti during the French rule, and thereby creates the first Haitian flag, symbol of the alliance of blacks and mulattos in their fight for freedom. Dessalines, who orders that the phrase “Freedom or Death” be inscribed on the flag, is soon nominated General of the Insurrection. A relative of his, Catherine Flon, is entrusted with the task of sewing back together the blue (hoist side) and red bands of fabric to form the new Haitian flag.

On October 8, 1804, Dessalines proclaims himself Emperor and takes the name Jacques I. On May 20, 1805 he adopts a new flag of two vertical bands; one black, for Death, and one red, for Freedom.

After the assassination of Dessalines at Pont Rouge on October 17, 1806, the country is divided in two for 14 years; the north ruled by Henri Christophe and the south and west ruled by Alexandre Pétion. Pétion immediately reverts to the blue and red flag of 1804, to which he adds the inscription “L’union fait la force (strength in unity). At the center, the coat of arms of the Republic, adorned with the Phrygian hat (liberty cap), is placed on a white square background. This flag will be hoisted at the National Palace for 158 years, until 1964.

On December 27, 1806 General Henri Christophe becomes president and is recognized in the North, North West, and in 1807, Artibonite Departments. On March 28, 1811, he proclaims himself king and takes the name Henri I (1811-1820). The self-made monarch keeps the colors of the imperial flag of the Kingdom of the North (1805), but changes it slightly; red in the hoist and black in the fly with, at the center, a shield with a phoenix under gold five-pointed stars, all on a blue background; the shield bears a crown and the Latin inscription ‘Ex Cineribus Nascitur’ (« From the ashes we will arise »). In 1818, Henri and his kingdom are vanquished by Alexandre Pétion’s conquest of the North. Pétion, who had been proclaimed president on March 19, 1807, imposes the horizontal blue and red flag to the North. On October 8, 1920 he is succeeded by Jean-Pierre Boyer who maintains the same flag.

In February 1822, Jean-Pierre Boyer annexes the Spanish part of the island (present day Dominican Republic), which a few months earlier, on November 30, 1821, had proclaimed its independence from Spain under the name of “Republica del Haiti Espanol” (Spanish Republic of Haiti), as well as declared its alliance with Colombia. The flag of the Spanish Republic of Haiti is raised in the early weeks of 1822, but the new Republic will soon be dissolved by Boyer.

An attempt to reinstate the black and red flag fails in 1844. In 1847, Faustin Soulouque is elected president, but proclaims himself Emperor under the name Faustin I (1849-1859). The 1849 Constitution keeps the blue and red flag but replaces the coat of arms by the shield. The Empire of Faustin I ends on January 15, 1859 and the coat of arms of the Republic regains its original position at the center of the flag.

In 1957, François Duvalier, Papa Doc, is elected president, and in 1960 seizes all powers. In 1963, he establishes a single party system and a new Constitution is adopted on May 25, 1964. The new Constitution returns to the black and red flag, although this time the coat of arms of the Republic remains. This flag becomes official on June 21, 1964. On April 21, 1971 Duvalier dies and is replaced by his son Jean-Claude, who is proclaimed president for life. Following a popular uprising, Jean-Claude is removed from office in February 1986.

On February 17, 1986, 10 days after the departure of Jean-Claude Duvalier, the Haitian nation reverts to the blue and red flag, which is ratified a year later by the official adoption of the March 29, 1987 Constitution. 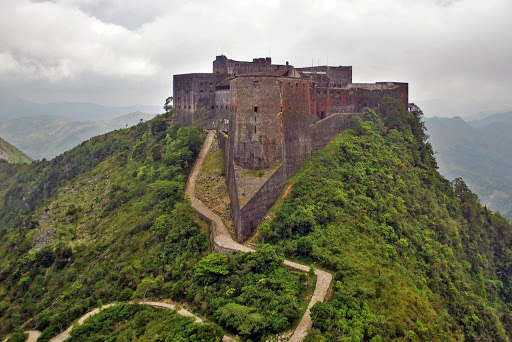 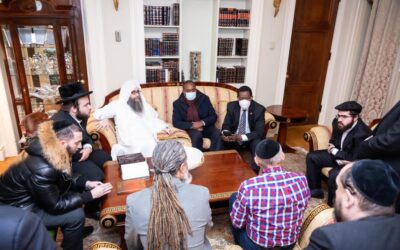 C.G. of Haiti and Rabbi Pinto 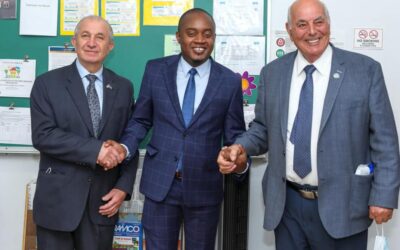 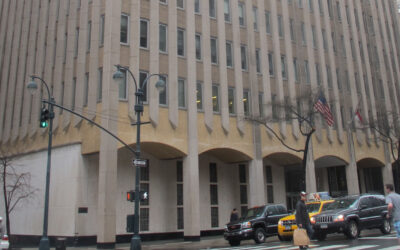 ROLE AND MISSION OF THE CONSULATE OUR MISSION The Consulate proudly...